Disadvantages are the variability and capacity of these viruses to hide the most vulnerable areas of their envelope and avoid being recognized and neutralized by antibodies.

A new therapeutic strategy against the disease: the modification of the virus envelope will allow introducing a greater production of these antibodies.
The study has been coordinated by Rafael Delgado and a group of researchers, the Microbiology Service and the Research Institute of the University Hospital 12 de October i + 12, have also collaborated the Infectious Diseases Unit of the Hospital La Paz and the Center scientist National Biotechnology (CNB-CSIC) Juan García Arriaza, have shown that the discovered antibodies can access these recondite areas if the envelope of the virus is modified before to remove those protections and expose the critical regions inside.

That type of antibodies, known as “Unicorn” because of the rarity in number, is detected in samples from patients who have overcome the infection. It is a natural defense that the survivors of this deadly disease have developed. The finding opens the door to a new vaccine. 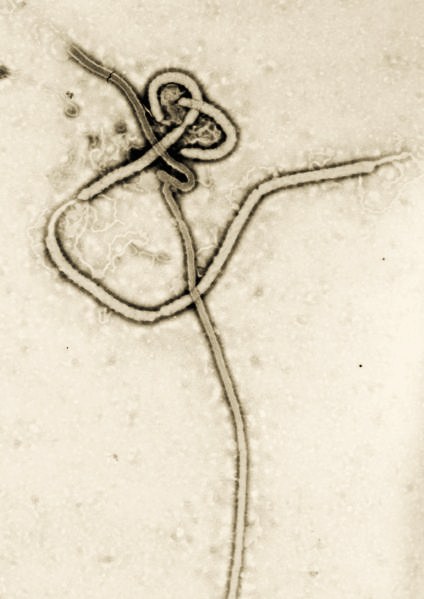 Ebola is a filiform (elongated) virus that encloses, through a protein envelope, a fiber of genetic material called RNA. It is responsible for the disease also known as hemorrhagic fever and it is fatal in 80-90% of cases, five different strains are known.

The results of this research have been published in the journal “The Journal of Infections Disease”, it is a study have showed low neutralizing activity against full-length GPs o SUDV, BDBV, RESTV, and EBOV variants Mayinga and Kikwit.
It is not clear whether survivors are protected against homologous or heterologous ebolavirus.

Ebolavirus exhibits a complex process of cellular interaction and entry before actual fusion is produced in the late endosomal compartment. During the process of ebolavirus entry, the cleavage of the virion-associated glycoprotein (GP) by host cell cathepsins removes the glycan cap and mucin-like domains (MLDs), producing another, functionally distinct form of GP (GPcl). The cleavage of GP is thought to expose the receptor-binding site and, upon interaction with the late endosomal receptor NPC-1, mediates fusion of viral and cellular membranes. It has been previously proposed that Abs against MLD and the glycan cap are generally nonneutralizing, most likely because they are removed together with their epitopes from viral particles once endocytosis occurs. On the other hand, a number of Nabs were shown to remain attached during GP enzymatic processing because they were positioned at sites where they could prevent rearrangements necessary for viral fusion.

The 6D6 antibody was shown to successfully prevent cellular entry in vitro by isolates from all Ebolavirus species and to protect against virus infection in a mouse model.
They are pleomorphic viruses (of variable morphology).

The genome of the virus consists of a single molecule of linear single-stranded RNA of negative polarity (19.1 kb). The nucleotide is made up of two types of proteins: the NP protein, whose function is structural and the L protein. The capsid consists of several proteins: protein P, VP 30 (protein that allows it to unfold inside a host cell), VP35 , VP24 and VP40. The VP24 proteins together with VP40 form a matrix that holds the nucleoid together with the capsid (viral nucleocapsid).