The book speaks about role that Spain and the Hispanic people payed in the birth of the United States and their decisive contributions toward its independence.

Spain sent money and supplies to help the United States during the American Revolutionary War. Spain declared war on Britain as an ally of France an ally of the American colonies, and provided supplies and munitions to the American forces, from 1776 with the Roderigue Hortalez and Company, a trading company that provided critical military supplies.

Spain provided financing for the final “Siege of Yorktown” in 1781 with gold and silver in Havana, Cuba. Spain was allied with France through the Bourbon Family Compact, with a common enemy against Great Britain, which had caused Spain losses during the Seven Year´s War.

George III, monarch of Great Britain, left power in the hands of a part of the aristocracy, the large «Whigs» families. He placed Count Bute at the head of his first ministry in 1762. Bute submitted his resignation in 1763 and then George Grenville ruled, presented the resignation in 1765.

The Seven Years’ War was very expensive and Grenville turned his eyes to America. In 1765 he introduced “the stamp act” in the colonies (all documents were to be presented on sheets of stamped paper of a precise value). The resources thus obtained would pay the expenses of the administration and the colonial troops. Stamp act alienated the sympathy of most of the English. In the Thirteen Colonies, this rate affected practically all social classes, and therefore the Americans revolted as one man, whose slogan was «no tax without representation». The Americans who struggled to live free were called «The Tue-born sons of Liberty» 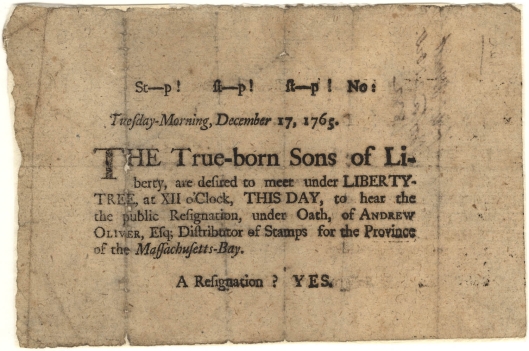 In 1776, on July 4, the “Declaration of Independence” was approved by vote in the Philadelphia Congress: hereafter, the colonies of America would constitute a free and independent state. The Philadelphia congress convened delegates from the various colonies that would later integrate the United States.

It was the earlier American Revolution, triggered by the Declaration of Independence of the Thirteen Colonies, which would rehearse the liberal and democratic political system later adopted by European democracies.