Plant-made pharmaceuticals (PMPs), is a sub-sector of the biotechnology industry that involves the process of genetically engineering plants so that they can produce certain types of therapeutically important proteins and associated molecules such as peptides and secondary metabolites. The proteins and molecules can then be harvested and used to produce pharmaceuticals.
In recent biotechnological innovative era, chloroplasts have been explored for the expression of foreign proteins, industrially and pharmaceutically important compounds such as antibodies, growth factors, enzymes, hormones, cytokines, and antigens.
Transgenic chloroplasts are ideal bioreactors for production of functional human and animal therapeutic proteins in an environmentally friendly manner. Transgenic plants have been identified as promising expression systems for vaccine production. Complex plants such as tobacco, potato, tomato, and banana can have genes inserted that cause to produce vaccines usable for humans.

Chloroplasts are organelles, specialized compartments, in pant and algal cells, present in leaves and other green parts that carry out photosynthesis. Chloroplasts have other functions including fatty acid synthesis, much amino acid synthesis, and the immune response in plants.
A chloroplast is a type of organelle known as a plastid, characterized by its two membranes and a high concentration of chlorophyll. Contain their own DNA, which is thought to be inherited from their ancestor- a photosynthetic cyanobacterium that was engulfed by an early eukaryotic cell. Chloroplasts cannot be made by the plant cell and must be inherited by each daughter cell during cell division.

Algae as an expression system overcomes several challenges other recombinant vectors suffer from:
• Infectious diseases pose an increasing risk to health, especially in developing countries. Vaccines are available to either cure or prevent many of these diseases. Limitations related to these vaccines, mainly the costs. These costs are mainly related to production and purification of the products manufactured from fermenter-based systems. Plastid biotechnology has become an attractive platform to produce biopharmaceuticals in large amounts and cost-effectively. Plastids DNA in mature chloroplasts, a characteristic particularly important for vaccine production in large amounts. Green biofactories an attractive platform for vaccine production. The production of therapeutic proteins, including vaccines, often requires costly purification steps. The elimination of a purification procedure reduces the total cost of a recombination edible vaccine significantly.
• Algae as a plant microorganism is also relatively inexpressive to produce.
• Proteins expressed inside the chloroplast of algae do not undergo glycosylation, a form of posttranslational modification. 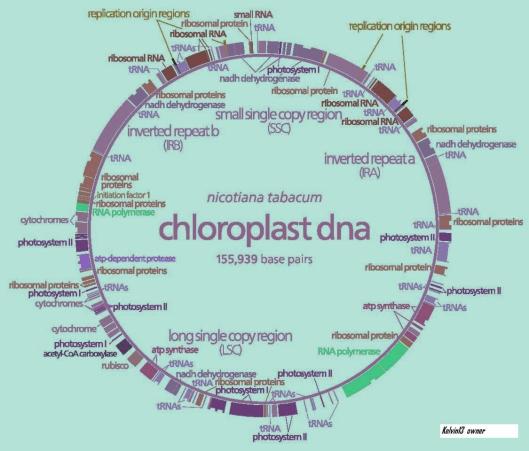 There are mainly two methods that are used for plastid genome transformation:
• Polyethylene glycol (PEG)-mediated transformation
• Gene gun-mediated transformation
Integration of expression cassette in plastid genome takes place via homologous recombination. Highest expression for a vaccine antigen, which is 72% of TLP, was achieved by using insertion sites trn1 and trnA under the control of psba promoter with 5´ regulatory elements from psbA gene. Normally, revised medium for organogenesis of plants (RMOP) is used, supplemented with appropriate concentration of hormones to promote callogenesis and shooting. Complete transplastomic plants are regenerated under aseptic controlled conditions and acclimatized to green house for further growth.

The potential oral delivery of plant-based vaccines, which if possible in reality, will also greatly reduce the costs due to elimination of costly downstream processing. This feature is expected to further reduce costs at production level because more protein will be produced per kilogram weight of plant.

This characteristic of plastids to express many coding sequences as single operon can also be utilized to develop bivalent to multivalent vaccines, in which two or more vaccine antigens against different diseases can be co-expressed. Another advantage of using biological adjuvants and their direct coupling is potential safety and efficacy. Use of biological adjuvants will help to eliminate toxic chemical adjuvants such as aluminium hydroxide and aluminium phosphate which commonly cause many adverse side effects such as local irritation and carcinogenesis. Plant-based vaccines have the potential to be used for oral administration. Plants are safe for human consumption as plants are not host for human pathogens and many plant species such as lettuce are consumed in normal diet as raw.

History of edible algae vaccine:
In 2003: foot-and-mouth disease antigen complexed with the cholera toxin subunit B which delivered the antigen to digestion mucosal surfaces in mice. The vaccine was grown in C. reinhardtii algae.
In 2007: a classical swine fever virus (CSFV) was produced in C. reinhardtii, providing immunity in mice that were subcutaneously administered.

In 2012: pre-clinical trials in mice involving an edible algae based malaria vaccine were successful in a limited capacity.

Now the need is to investigate immunogenicity and safety of some prominent vaccine candidates in humans.

Bibliography:
• Production of biopharmaceuticals and vaccines in plants via the chloroplast genome